There are many forms of cultivation these days as I know my farming friends are aware. I personally am not a farmer but I have been doing a little research. Probably not enough to start a farm but enough to gather a modicum of information. One of the first things you need for farming, of course, is soil. To put it simply, soil is a mixture of organic matter, minerals, gases, liquids and organisms. Of course those vary from climate to climate. One example of cultivation of the soil is: Shifting Cultivation. It is an agricultural system in which plots of land are cultivated temporarily, then abandoned and allowed to revert to their natural vegetation while the cultivator moves on to another plot. The period of cultivation is usually terminated when the soil shows signs of exhaustion or, more commonly, when the field is overrun by weeds. This example caught my attention. I have been thinking lately about my continued relationship with my Heavenly Father. As with any natural relationship, cultivation is extremely important if we want it to remain fruitful. If a marriage for instance is only cultivated temporarily as perhaps in the "honeymoon" period and then abandoned thereafter, it reverts to a natural state. When I think of natural state, I think of one of the natural man who tends to selfishness or in other words, self-centeredness. A healthy marriage or friendship for that matter, only thrives in a self-less atmosphere where each is giving of themselves to the other and in turn each is being nurtured by the other. In that kind of environment, only fruitfulness occurs. I call that an atmosphere of love.  The Scripture tells us in Ephesians 3:17-19 to let our roots go down deep into the SOIL of God's marvelous love and in so doing we gain knowledge and understanding of that love and in turn experience it in its fullness. The thing about the soil of God's love is that it never shows signs of exhaustion and it never gets overrun by weeds. I was considering the beginning when God created the Heavens and the Earth. He created man out of the dust of the earth... before sin entered in. Wouldn't it be magnificent to know the ingredients that made up that original soil? Well, I believe it consisted solely of the attributes of God Himself. He created it... said it was "good"... breathed the breath of life into it and made mankind. Male and female created he them. Everything God created on the earth was perfect from man to plants for food to animals and so on. Then as we know, sin entered into the picture and man fell from their perfect state of being. Since then, man has been cultivating the soil and as time has moved on, they used their skills not only for their own sustenance but at times to the disadvantage of others or for greed. Now, if one seeks God and his wisdom and purposes for the soil, he will be successful in his cultivation and will produce much fruit. Through the years man has tried many new methods and some have drawn wisdom from the ancient ways. The thing about God's love is that it never changes, is always faithful, is always fruitful, is always selfless from the beginning, through the Cross until now. It is as we are planted deeply in His perfect soil that we produce fruit for Righteousness. The Scripture in Ephesians says that at last we will be filled up with God Himself. That is our crop goal... to be filled with God Himself by His Holy Spirit. John chapter 15 tells us that Jesus is the Vine, God is the Husbandman (Cultivator) and we are the Branches that produce the fruit. We know we cannot produce good fruit of ourselves, but only from being in the true Vine, Jesus Christ. So, the way I look at it is that the way I cultivate relationship is to "LET"! I "let" my roots go down deep into the soil of HIS LOVE and from it draw all the Spiritual health, goodness, grace, mercy, peace, patience, kindness, faithfulness, self-control that he has for me. I grow in my knowledge of who he is and how he feels about me. According to I John, I become perfect in love, without fear of punishment. I learn that I love him because he first loved me and that if I love him I keep his commandments which are to "Love God and my Neighbor." I cannot do it apart from Him and being rooted and grounded in Him. I plan on letting go of my own efforts and letting Him do the cultivating in my life so that the fruit produced from this Branch will bring only life to those who harvest from it! I want my relationships to receive life from the Life Giver Himself as he fills me and flows through me. As far as farming goes, as I see it the goal is always to be fruitful. Father God help me to be fruitful in my relationship with you first and then to all those you have given me to love. Thank you!

Posted by BarbaraJean at 1:22 PM 2 comments:

This beautiful photograph of Fort Rock in the evening sunset was taken by my Friend Gail Lynch. Living in the Oregon Outback, I consider Fort Rock as part of what is on the other side of my Backyard Fence.

Why MY BACKYARD FENCE?

MY BACKYARD FENCE brings to my mind the meaning of adventurous freedom and of loving protection. I don't have to stay confined behind the fences of slavery to sin. I can climb over and run in the Freedom the Lord Jesus has provided for me. "So if the Son sets you free you will be free indeed." John 8:36. I am no longer a slave to sin... I am a child of God! On the other hand, when I need safety I can run to my safe place to be surrounded by the "fence" of God's amazing, loving arms. "When I need a Shelter, when I need a Friend, I go to the Rock."

BarbaraJean
I am an Ordained Minister of the Gospel of Jesus Christ. I am a Speaker, Musician and Vocalist. I love to pray for the needs of people because I know God answers prayer. I am married to a wonderful man, himself a Minister. We Both endeavor to be led by the Spirit of God in our lives and ministry opportunities. 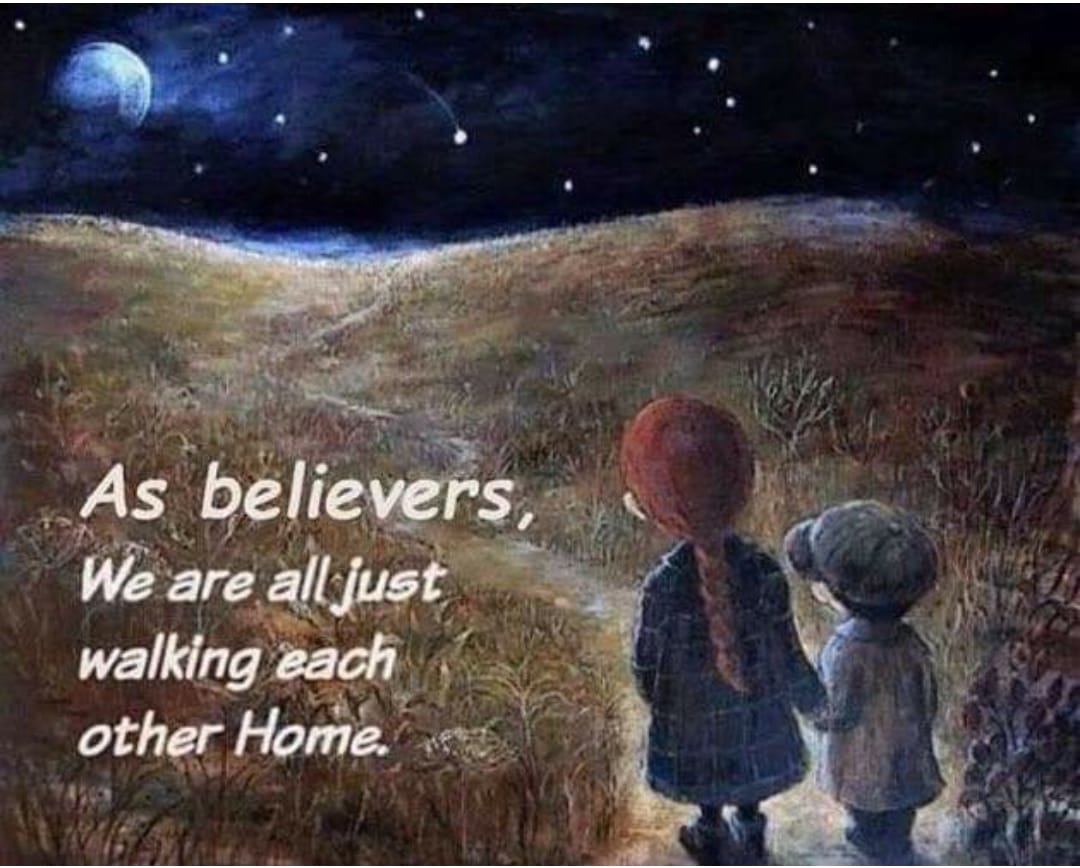 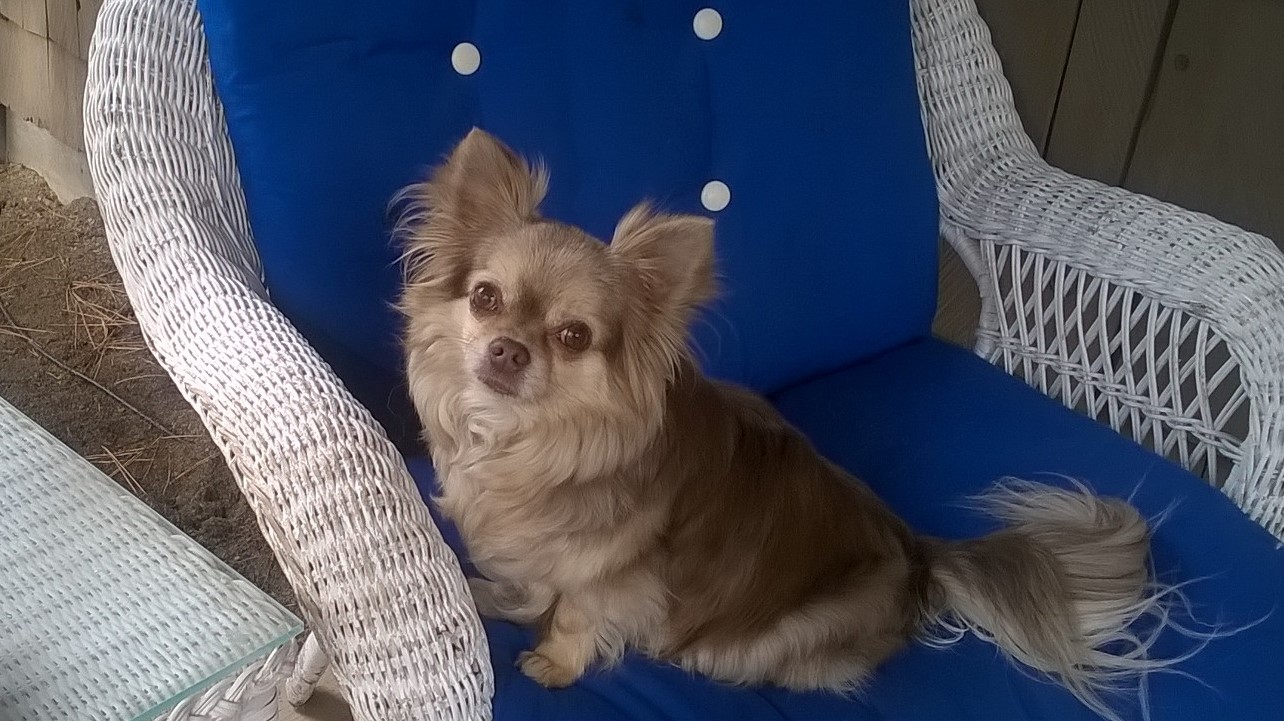 My little Sunshine for almost 12 years. I miss him! 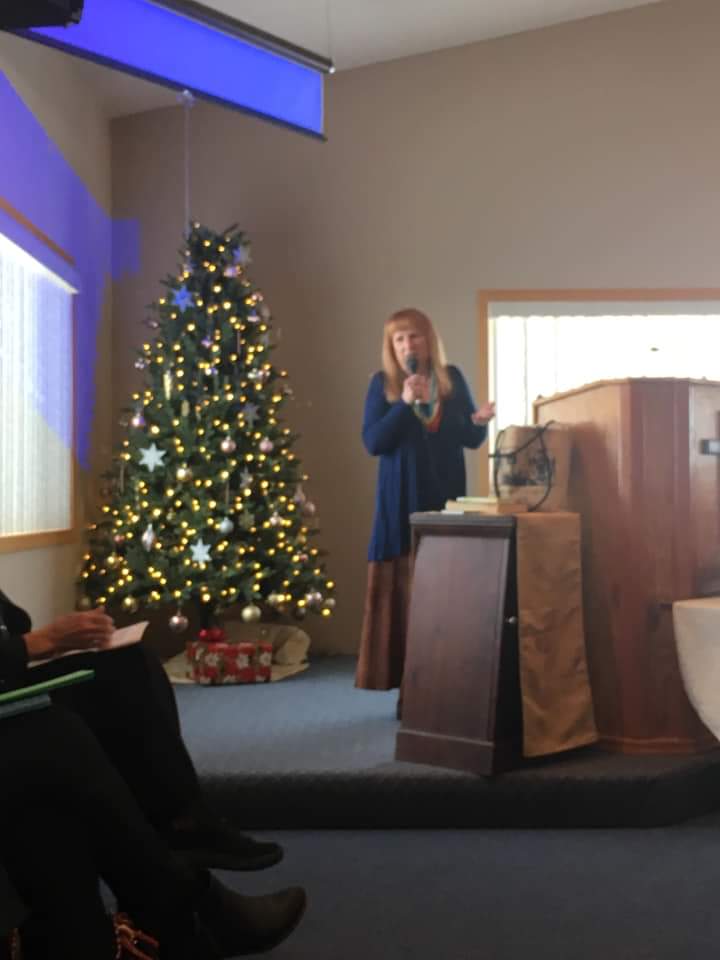 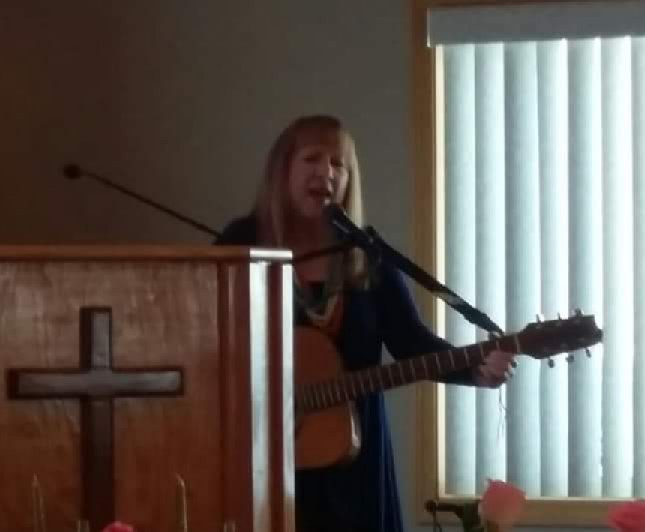 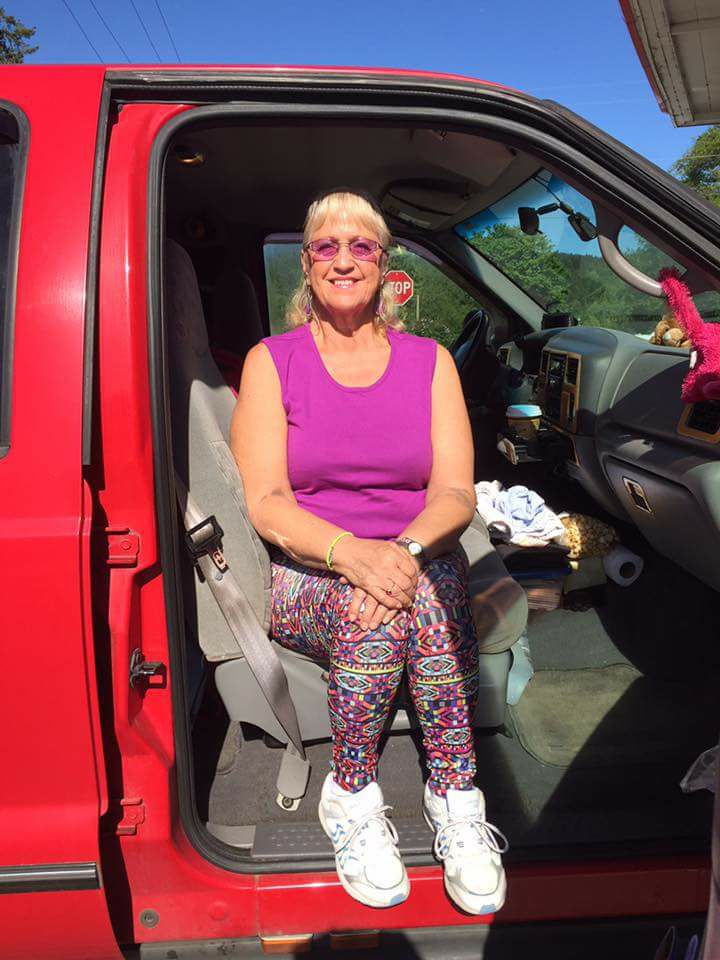 A Touch of Red 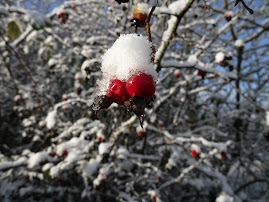 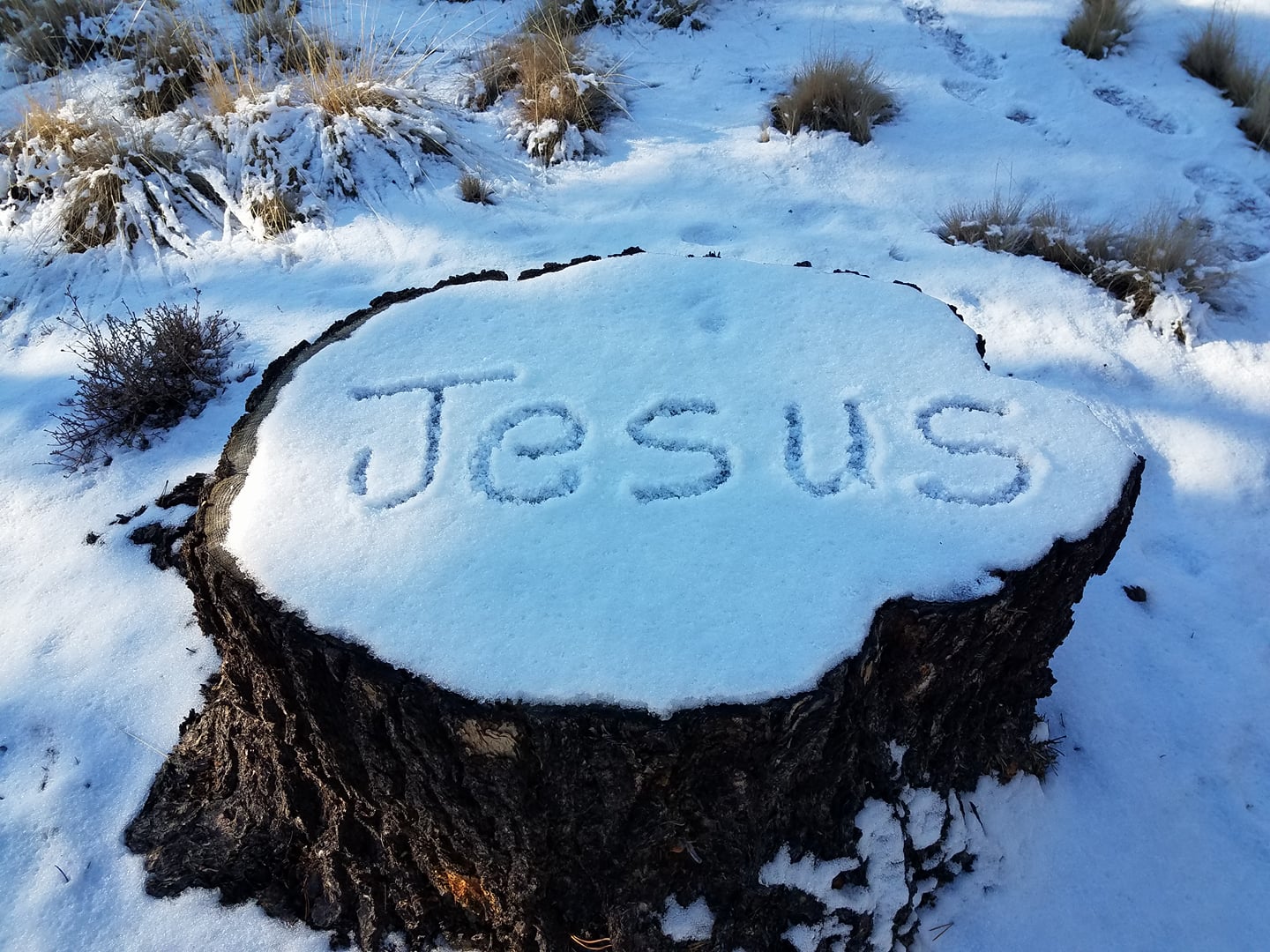 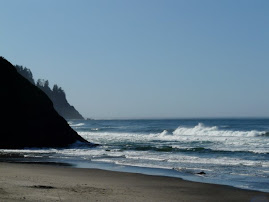 A peaceful place I Iove to be.